The television programme ‘Sukkiri’ (aired on 26th June from 8am) has picked up footage from abroad of a vegan protesting at a business.

The programme did not only look at such problems but also talked about the worldwide vegan movement with comment of VegeProject’s representative Kawano.

They referred to famous vegan celebrities Ariana Grande, Natalie Portman and ex-Beatle Paul McCartney, and also introduced a delicious vegan menu, with Kawano’s message that “Since the vegan movement can be shown in a more positive way, we hope to pay attention to that too.”

Commentator Matsuda Takeshi, the former Japanese swimmer, also showed an episode where he cooked with a vegan.

It was said to be a harmonious atmosphere in which eating together everyone can respect diversity whilst acting as a catalyst for learning new things.

We hope more people will know about and join vegan positive movement. 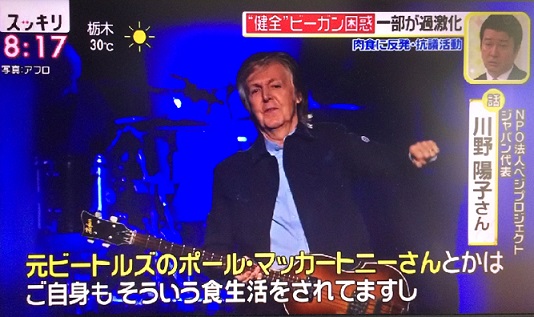 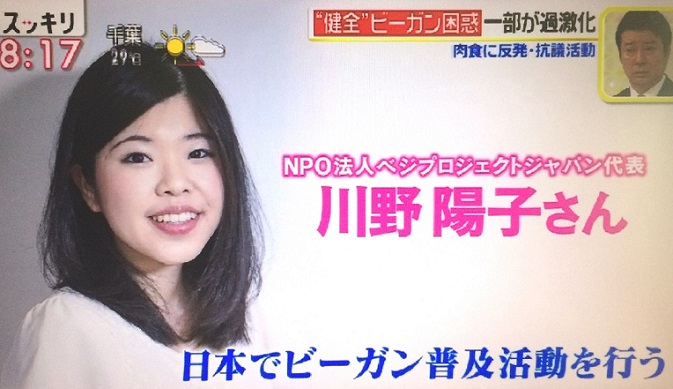