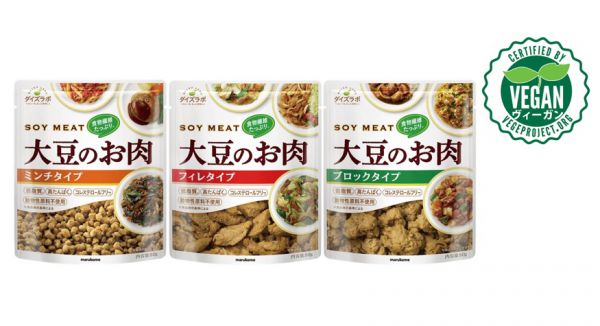 Meat alternatives like soy meat, vege meat are often considered as using animal-free ingredients, but depending on the product, they sometimes contain meat extract, egg, or dairy-derived ingredients.

For the fourteen items that Marukome Co., Ltd., obtained certification for, we inspected each of them including the details of their ingredients, so we could certify them.

The fourteen items include ten retail products that can be found in supermarkets and four for wholesale.

Soy meat can be cooked in various ways depending on its shape, because there are three variants, minced, fillet, and diced, and each retail products include dried, and pre-packaged types both seasonal and unseasonal. Minced also has a frozen type.

According to Press Release published by Marukome Co., Ltd., ”Daizu no Oniku” contains abundant protein whose amino acid balance being equivalent to that of livestock meat, three times more fiber than a cabbage,  and is low fat and cholesterol-free.

Although the products were originally popular among those who called for guilt-free, and were health-conscious, they never gained certification or show their products as vegan. However, they finally decided to show them as vegan because of the increasing demand for vegan food. 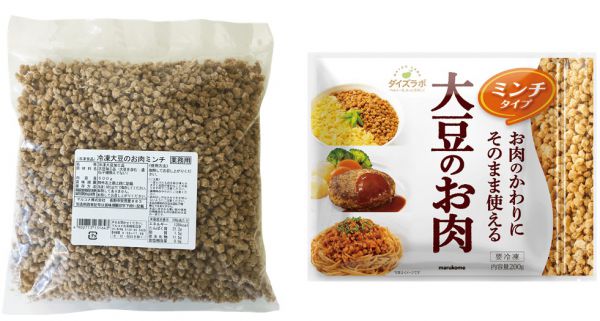